A full PDF version of this blog is available here.

The formation of new businesses and the dynamism that they bring are crucial determinants of economic activity. Recent economic research has found that the births of new firms contribute substantially to both gross and net job creation, and thus are key to employment dynamics. In addition, economic shocks affecting the number of new firms have significant effects that persist for many years on real GDP, productivity, and population. A new CROWE policy brief, “Business Formation in Wisconsin During and After the Great Recession,” uses new data from the US Census Bureau to gain insight on business formations in Wisconsin before, during, and after the Great Recession of 2007-2009. The brief shows that new business formation fell dramatically in the state during the recession, and has remained at a low level.  Here we provide background and discussion. 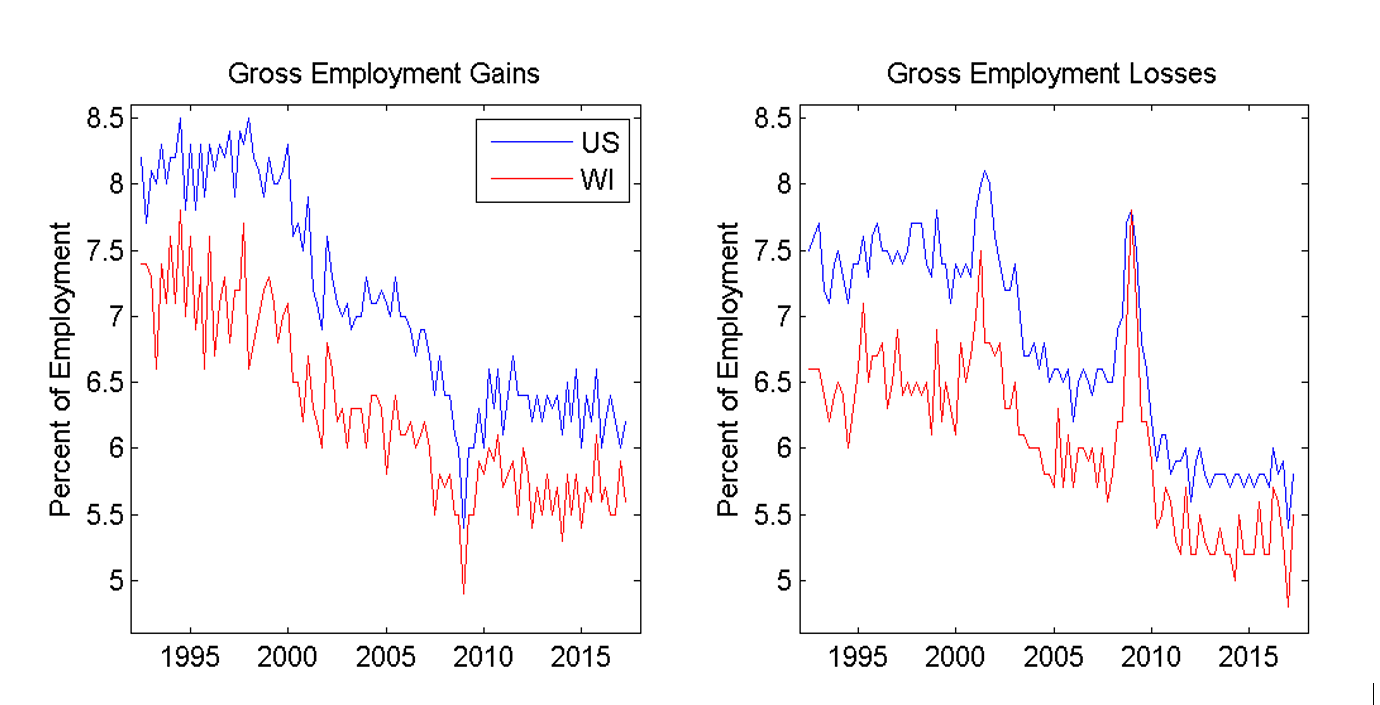 Figure 1: Gross Employment Gains and Losses in the United States and Wisconsin

A number of data sources point toward a reduction in the dynamism of the US economy over the past decade or more.  One example is shown in Figure 1, which plots the gross employment gains and losses (as a percent of employment) in the US and Wisconsin from 1992-2017. While the most commonly cited job statistics are net employment gains, these gross figures give a sense of the overall turnover in the labor market. For example, even in depths of the recession where net job loss amounted to almost 3% of employment, new jobs were still created at around a 5% rate, however this was offset by losses of nearly 8%.

One factor driving the fall in gross job creation has been a drop in the rate of business formation.

This is shown in Figure 2, which plots the number of jobs created due to new establishments being created, where we index 2007:Q3, the last quarter before the recession, to 1. There we see roughly similar trends in both the state and nationally, albeit with much more volatility at the state level. The number of jobs created due to new firms fell throughout the 2000s, with a sharp drop in the recession.  Such job gains have recovered slowly since, and are nearing pre-recession levels (particularly in Wisconsin), but still remain below the levels of the mid-2000s. 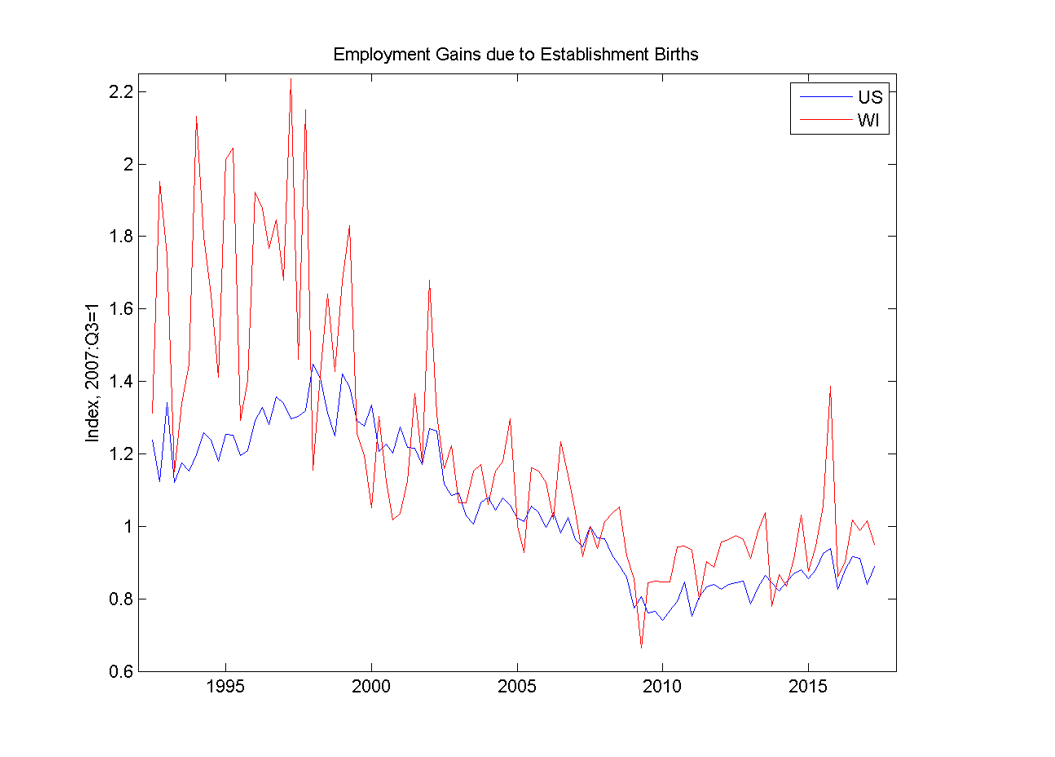 Table 1 summarizes how HBAs vary across states. In particular, the first part of the table shows the top and bottom five states as ranked by HBAs per 1000 residents. For this ranking we average the HBAs per capita levels for 2016-2017.  There we see wide divergence in the rate of new business applications, ranging from over 2 in Wyoming to less than 0.5 in West Virginia.  Wisconsin is in the bottom five states in this ranking, suggesting a relatively low level of new business formation, consistent with the state’s low rankings in the Kauffman index of startup activity.

The bottom part of the table considers the change in HBAs since the recession.  We compute the cumulative change in HBAs per capita since 2007:Q3, and rank states based the average of this measure over 2016-2017. Wyoming was the only state to have an increase in new business applications since the recession, with many states experiencing substantial declines up to nearly 50% in Nevada.  Wisconsin experienced a slightly larger than average decline of 30.6%.

The CROWE brief focuses on the comparative time trends in Wisconsin and nationally, and some of the key results are shown in Figure 3. The left panel plots the time paths of HBAs, while the right panel plots business formations, the number of employer businesses that are formed within four quarters from the quarter of application. Both plots normalize 2007:Q3 to 1.

Wisconsin and the US experienced roughly similar trends, but in both measures Wisconsin experienced a slightly larger decline during the Great Recession. Importantly, while the US data shows some recovery (particularly in HBAs) beginning around 2014, there has been little recovery in these measures for Wisconsin. Since the start of the recession, new business applications and formations in Wisconsin have fallen by about 30%, and have remained at a low level.

Overall this data suggests a substantial reduction in new business formation nationally and especially in Wisconsin. In future work we will examine further the factors affecting these trends, and to see whether policy changes may influence them. Simply looking at the comparative trends does not allow us to gauge the effect of policies like the incentive programs the state of Wisconsin has implemented, as new business formations may have been even lower in their absence. However our results do suggest that these programs have not been sufficient to produce growth in new business formation.

Click here to view the most recent CROWE research report, Business Formation in Wisconsin During and After the Great Recession.