By: Chang Liu and Noah Williams

Understanding the impact of tax policy changes is an important and classic question in economics. However, most of the existing studies focus on the economy as a whole, finding that cuts in either federal personal or corporate income tax have expansionary effects on the aggregate economy.

In our recent paper prepared for the Carnegie-Rochester-NYU Conference in Public Policy, we evaluate the disaggregated impacts of tax policy changes. In particular, we investigate the state-level effects of unanticipated changes in both federal personal and corporate income tax rates, using more than 50 years of state-level macro data from a new data set that we constructed. We also construct a time series of narrative federal tax shocks following the literature.  This allows us to separate out exogenous, unexpected tax changes (which we are interested in) from tax changes which are anticipated and/or are responses to economic conditions.

For the states that do respond significantly to either tax cut, the magnitude of impact varies substantially, as is illustrated in Figure 1. In this figure, we calculate and rank the cumulative responses (adjusted for significance) over a 20-quarter horizon. For the minimum and maximum responding states (among those that have non-zero cumulative responses), we report the point estimates and their 95% confidence interval bands. Take the GDP response to a corporate income tax cut (at the bottom right) as an example: there is only a short-lived on-impact positive effect for Illinois, while for Rhode Island the responses are on average both much stronger and long-lasting. And the same argument goes for other sets of responses as well. 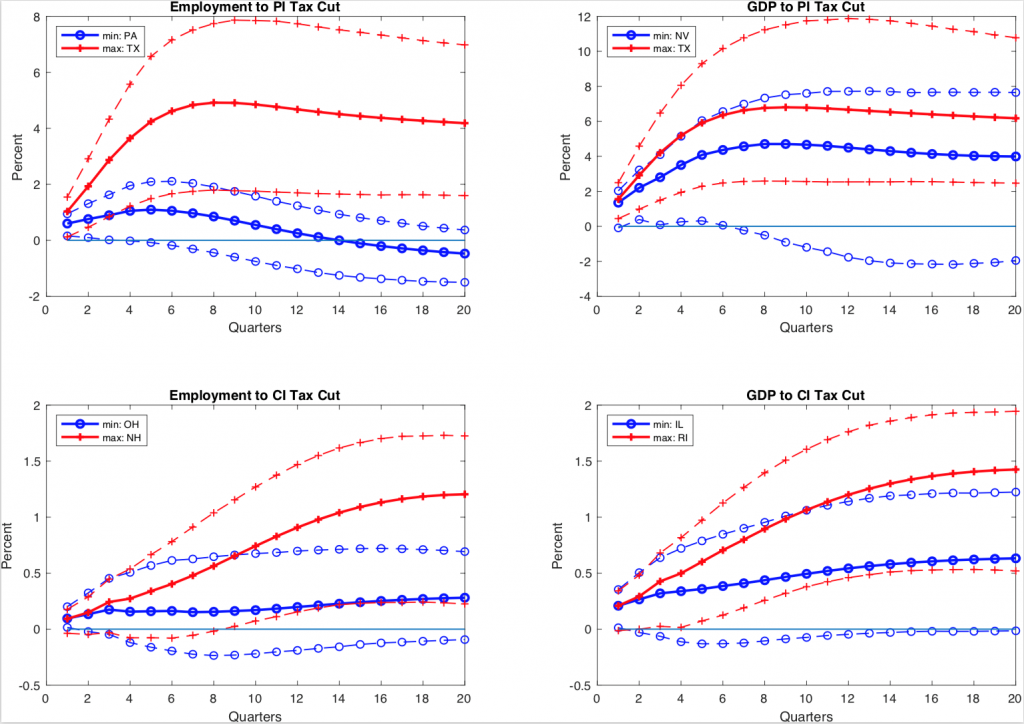 Figure 1: Impulse responses of employment and output to personal and corporate tax cuts.

Notes: the top two figures show the impulse responses (solid lines), together with the 95% confidence intervals (dashed lines) of employment and GDP to a -1% shock to the average federal personal income tax rate, where APITR is ordered second in the SVAR; the bottom two figures show those to a -1% shock to the average federal corporate income tax rate, where ACITR is ordered second in the SVAR. Since the impulse responses are insignificant over the 20-quarter horizon for more than half of the states, we report only the minimum and maximum responding states, ranked by the cumulative impulse responses where–unlike the previous graph–insignificant ones are replaced by 0.

As we show in our paper, the average impact of historical federal tax policy changes on state output or employment is not statistically significant for more than half of the states. Wisconsin is one of them. 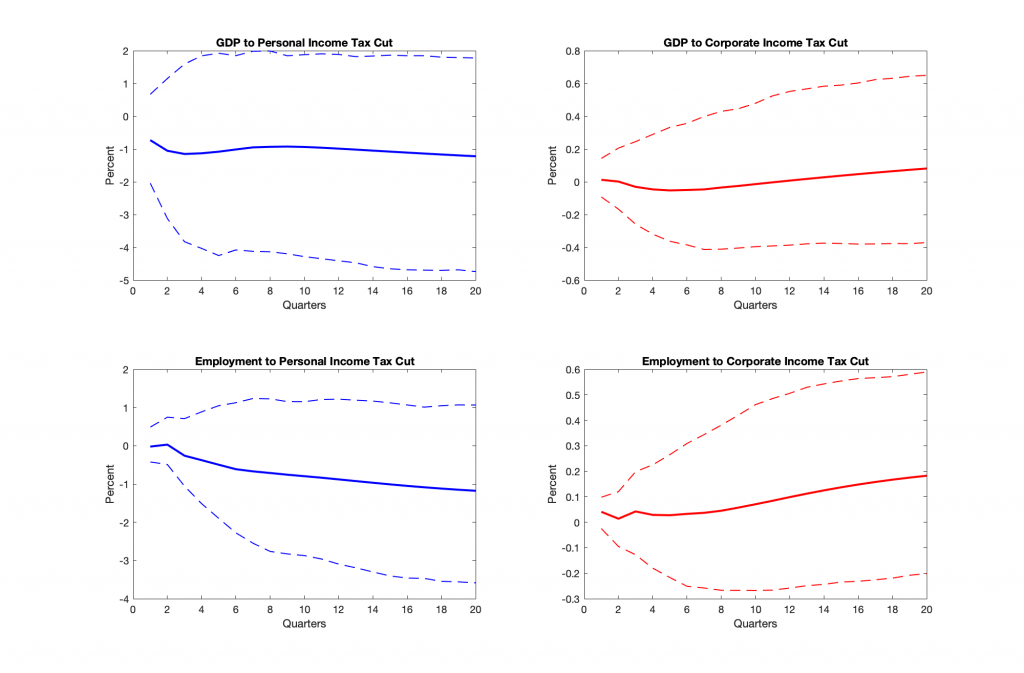 Figure 2: Impulse responses of employment and output in Wisconsin to personal and corporate tax cuts.

Figure 2 shows our benchmark results for the state of Wisconsin. The dynamic impacts of both federal corporate or personal income tax cut are not significantly different from zero at any point within twenty quarters following the shock.  Moreover this is not simply a matter of having imprecise estimates with wide confidence bands. In particular, for corporate tax cuts, the figure also shows that the point estimates of the response of both employment and income are very small and close to zero.  While the confidence bands are consistent with small increases or decreases, the magnitudes are not very large.  By contrast, the point estimates suggest that Wisconsin experienced reductions in output and employment in response to personal income tax shocks, which is surprising and runs counter to the national estimates.  However we see that the personal income tax effects are very poorly measured.  Thus overall, we find no evidence that employment or output in Wisconsin responds significantly to cuts in either federal corporate or personal income taxes.

Taken together, our results highlight the substantial heterogeneity across states in the impact of federal tax changes, implying that the positive aggregate output responses to either personal or corporate income tax cut, as found in various previous studies, may have been driven by only a small number of states. Therefore, it may be important to look beyond the aggregate macro data and investigate the differential effects of a nationwide policy from a regional perspective, in order to make more accurate policy evaluations. What’s more, as we discuss at length in the paper, our state-level results also suggest that factor reallocation across states and sectors plays an important role in generating the aggregate impacts of federal tax changes.