“Wisconsin and the National Economy”, the successful inaugural event for the Center for Research on the Wisconsin Economy (CROWE) featured a keynote address from famed monetary economist John Taylor (Stanford and the Hoover Institution) on “The Economic Reform Imperative: State, Nation, World”. Taylor presented to a packed house of policymakers, scholars and community members including UW-Madison Chancellor Rebecca Blank at the October 26, 2017 event.

The evening began with an outlook for the Wisconsin Economy from CROWE Director Noah Williams (Juli Plant Grainger Professor of Economics at the University of Wisconsin-Madison). Williams pointed to labor force challenges like low population growth, an aging workforce, and low migration rates. Still, Williams described a forecast of “slow and steady growth over the next two years” for the state of Wisconsin. CROWE will be issuing a report with a forecast for 2018 in the near future.

In his talk on “Competition and Productivity Growth in the Rust Belt”, CROWE Economist Simeon Alder (Notre Dame) argued that the decline of manufacturing in the Rust Belt is largely homemade, with a “lack of competition in output markets.” (More detail can be found in the report here.) Alder’s findings are part of an ongoing project at CROWE to model state economies and adjust economic approaches for state-level research.

In his keynote address, Professor Taylor focused on the slow recovery of the US economy since the Great Recession in 2008, and argued that poor economic policy may have been a contributing factor in the poor performance.  He also highlighted the importance of state-level economic policy issues, showing the slippage between federal grants and state spending, and highlighting the economic impact of state and local regulations.

To view full presentation slides from “Wisconsin and the National Economy”, or to read recent reports from CROWE, please select the “Research and Reports” tab above. 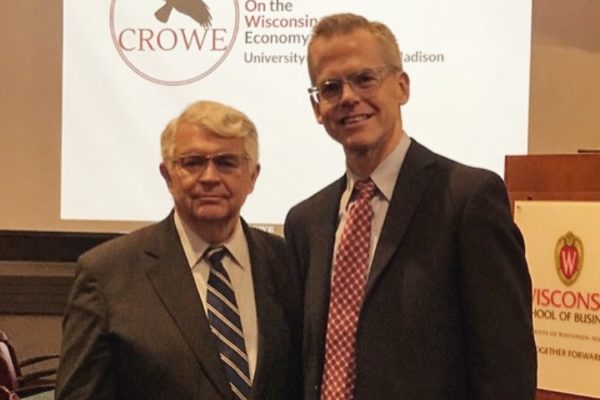 Economist John Taylor gave the keynote address at the CROWE launch on October 26, 2017. 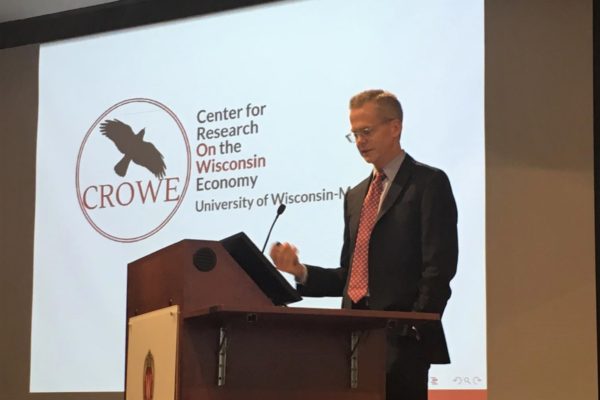 Noah Williams presents an "Outlook on the Wisconsin Economy" at CROWE's inaugural event on October 26, 2017. 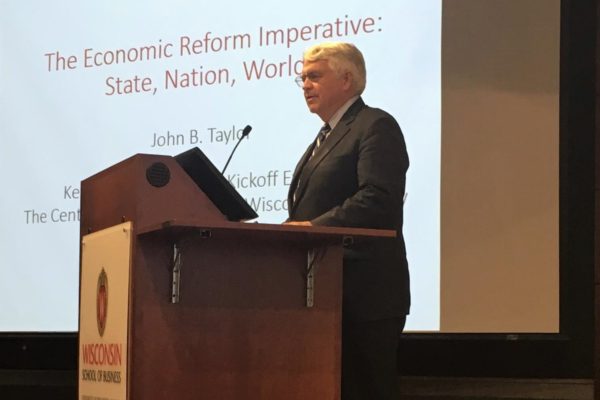 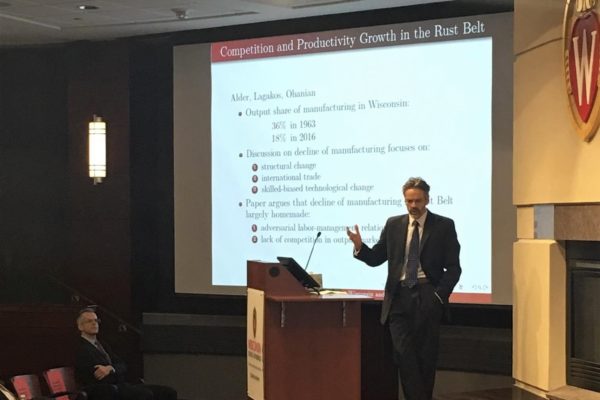 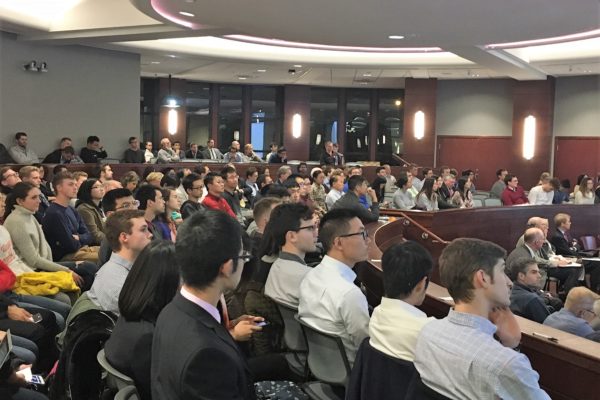 An audience of students and policy makers gathered on the UW-Campus for the event.