On November 12, 2019, CROWE hosted Neel Kashkari, President and CEO of the Minneapolis Federal Reserve on the UW-Madison campus. At the third annual “Wisconsin and the National Economy Event”, Director Noah Williams opened the evening with an overview of current recent research at CROWE. Of note are two recent pieces published by the Center.

First, “Unfreezing In-State Tuition”, written by CROWE faculty fellow Ananth Seshadri, analyzes the impact of an in-state tuition freeze for the UW System. However, Seshadri notes that “it is difficult to maintain a quality University system without state residents paying for modest increases in tuition”.

Director Williams also introduced a new data brief, “The Uneven Effects of Chinese Tariffs”, authored by Associate Director Kim Ruhl. In the brief, Ruhl finds that Wisconsin counties most exposed to the effects of Chinese tariffs are agricultural areas of the state.

Following Williams’ introduction, Kashkari engaged in a wide-ranging discussion covering monetary policy and Kashkari’s outlook on the economy. Kashkari also discussed some duties of his role, where he’s served since January of 2016.

Kashkari described his dissenting votes on the Federal Open Market Committee decisions in 2017 to raise interest rates as being driven by the lack of inflation in the US economy. He argued that Fed monetary policy has been too tight throughout most of the recovery from the recession, which manifested itself in the Fed continually undershooting its inflation target. He suggested that current Fed policy is likely neutral or mildly accommodative.

Kashkari also discussed his experience at the US Treasury during the financial crisis of 2008, where he oversaw the Troubled Asset Relief Program (TARP) which provided emergency funds to financial institutions. His experience during the financial crisis also contributed to the Minneapolis Fed’s plan to end the problem of “too big to fail” banks. As he discussed, the Minneapolis plan calls for significantly higher capital requirements for large banks, while at the same time exempting smaller banks from much of the post-crisis regulation. He also took questions from the audience, which touched on different aspects of monetary policy and the Federal Reserve’s interactions with financial markets.

Thank you to the community members, faculty, and students who joined us! We look forward to welcoming you to our upcoming debate on “Capitalism vs. Socialism” in the Spring of 2020. Details will be announced soon. 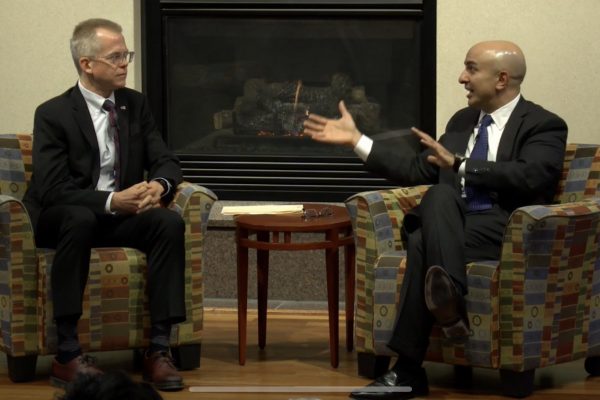 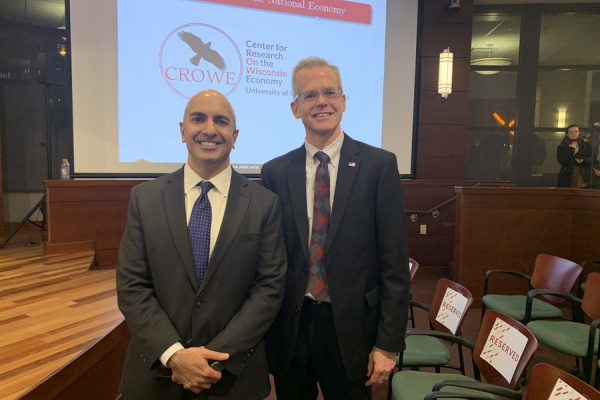