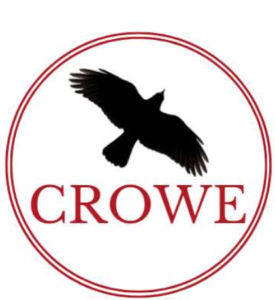 THE CENTER FOR RESEARCH ON THE WISCONSIN ECONOMY

In June, the Center for Research on the Wisconsin Economy released a research report by Director Noah Williams entitled “Evidence of Minnesota’s Minimum Wage Increases.” The report detailed the effects of the minimum wage increase in the state, including a nine percent decrease in youth employment. Contrasting the evidence in Minnesota, youth employment increased 10.6 percent in Wisconsin (which kept its minimum wage constant) during the same period. The report received attention from the major state newspapers Wisconsin State Journal and Milwaukee Journal Sentinel, as well as outlets across the nation such as the Las Vegas Review Journal, Washington Free Beacon, and Fort Myers News-Press.

“The Impacts of State Tax Structure: A Panel Analysis” was released by CROWE earlier this month. The report was written by UW-Madison undergraduate and graduate students, Jacob Goss and Chang Liu. The study found a one percent increase in state income tax associated with a 0.9 percent reduction in personal income growth and tax revenue.

Most recently, CROWE has released “UW-Madison and the State of Wisconsin” by Ananth Seshadri, Chair of the Economics Department and CROWE Faculty Fellow. The report discusses why it is a crucial time to invest in the University, and how reforms by the University and increased flexibility granted by the State could facilitate those investments. In particular, allowing the UW System authority to issue bonds and manage new projects would allow the university to expand, contributing $1.8 billion to the state economy over the next two years.

The Center for Research on the Wisconsin Economy is pleased to announce its second annual event, “Wisconsin and the National Economy”, to be held next month. John Cochrane, the Rose-Marie and Jack Anderson Senior Fellow at the Hoover Institution, will join CROWE on October 17, 2018 at 5 p.m.

The event will also feature a discussion of the Center’s recent work, including updates from Director Noah Williams. We hope you will join us in the Plenary Room of Grainger Hall on the UW-Madison campus for this event.

If you are interested in attending “Wisconsin and the National Economy” please register for tickets here, or contact Molly LaBoda, the Center Administrator at mlaboda@wisc.edu to RSVP.

We encourage you to stay up to date with the Center’s activities by following us online: